Before this, Messaging service on Android was fragmented and on web Gtalk was out-dated, people often confused between Message, Gtalk, Google+ Messaging and Google Voice. Google clubbed all its Messaging services into single applications. Yes no more multiple app to chat with your friends.

With Hangouts, Users can chat with their friends from Google+ & Google contacts. Handouts are available on Android & Apple device, Chrome and of course in Gmail & Google+.

First lets talk about What feature you’ll get in Hangouts:

Looks like Google took inspiration from Whatsapp and loaded hundreds of Emoji’s. If you love to talk in emotions, you’ll love it. You can also send Photos in Hangouts.

Two most important features in any messaging service are to notify when they’re typing or they’ve seen the message. Hangouts loaded with all these features. You can now when people are together Hangouts, when friends are typing or when friends seen your message.

Hangouts supports video Call. You can start Video call with up to 10 friends. Users can also turn any conversation into a video call.

You don’t need to wait for your friends to come online. Message your friend anytime, even if he is not online.

Hangouts app is available on Android & Apple device. You can also use Hangouts on Computer using Hangout Chrome Extensions.

Hangouts stay in sync across devices so you can start or continue them anywhere.

You can view your past history including shared photos and video call history.

This one is my favorite. Once you see an alert, you won’t see repeats on your computer or other Android devices. If you’re busy somewhere, you can snooze notifications.

To Start with the Hangouts, You’ve to download the app from Play Store (this will replace your Gtalk app). Tap the Hangout icon to open the app and it’ll ask you to confirm your phone number. Just Select your country and enter your phone number. You’ll soon receive the SMS, don’t bother to read, the app will do it automatically.

Now you’ll reach at Home Activity, where you can view your conversation (first time you’ll see empty screen), right panel can be slide left to view contacts and the + button use to start the conversation. You can choose contacts from your Google Contacts or phone contacts, if the someone doesn’t have Hangouts app, the app will invite me by sending SMS.

Conversation window is simple & clear and quite familiar. The compose box lies on the bottom along with Emoji (left) and Photos (right) icon. On Top of the action bar, you’ll see the Video icon which will turn your conversation into video call.

People & options: Here you turn on/off notification, Block your friend and friend list who present in your conversation

New group Hangout: This will turn one-on-one conversation into group conversation, tap on it and add friends.

Turn history off: This will turn off history

In Conversation window: Three jumping dots in front of your friend’s profile pic mean your friend is typing in compose. A small blur profile pic at the end of the conversation shows till where the friend has read your message.

Hangouts do not support SMS, it means you still need Messaging app to view your SMS’s. Sadly Facebook Chat can do it. It would be great if Google adds this feature too. Hangouts gets a cleaner UI and its so easy to use, this app pretty much solved the Fragmentation problem in Android Messaging. And from today onwards, Hangouts will be preloaded with future firmware’s. Say Good Bye to Talk and Google+ Messaging app. The Hangout will surely give competition to all Messaging services. 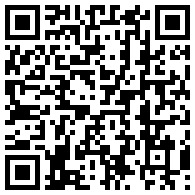 5 Prisma Filters that You Must Try out on Portraits

Get Instant EMI Finance on Electronics with Bajaj Finserv Experia

Huawei Y9s launch in India with Retractable Camera for Rs. 19,990